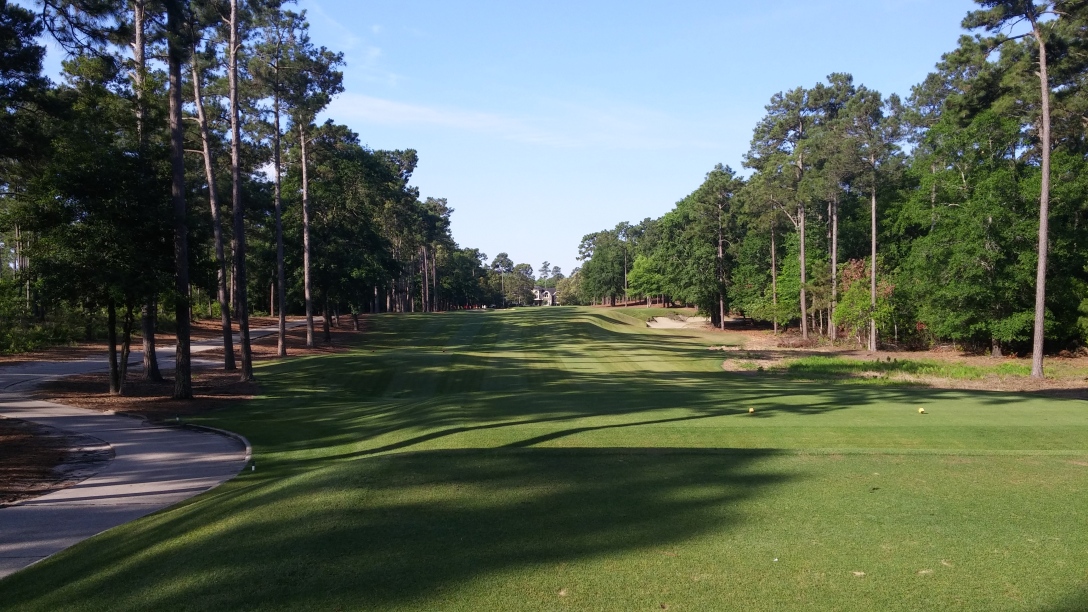 This week, in a normal world, I’d be throwing my sticks into the back of the car, snagging the biggest Coke Zero I could wrap my fingers around, and motoring off toward South Carolina and my annual golf trip with my brothers.

We’ve recently established, though — by we, I mean everybody — that this is a not a normal world. At least not in the normal sense of the word. It’s anything but. And so a streak of 11 or 12 straight years of gloriously gawdawful golf will come to an inglorious end this weekend, like a particularly nasty duck hook into a cavernous sand trap.

Our annual trip to Pawleys Island has survived through surgeries and gout attacks, a broken hand one year (mine) and a broken leg another (my brother Bob’s). It has endured despite scheduling snafus, golf cart accidents, slips on bridges, a collective lack of talent, and a nudge of undue pressure to include wives (so far resisted). Our outings have come together with brothers traveling from Honolulu (my oldest bro, Charlie, who makes it most of the time), the Atlanta area, Florida (Bob), and southern Maryland (Jim). This year, brother Dave in southern Pennsylvania was supposed to take Charlie’s place. It was going to be his first trip.

We’ve all made sacrifices in these extraordinary times. Mine are, admittedly, minor. But this one hurts. It’s not missing my son Luke’s graduation, or watching our life’s savings take a hit. (That second part’s not entirely accurate; I still haven’t looked at our bottom line, and don’t plan to anytime soon.) It’s not the constant worrying, or the paralyzing uncertainty about the future. It’s not the crushing boredom. It’s not close to any of that.

But, damn, I look forward to this golf trip every year. I’m going to miss it.

This is yet another insidious side effect of this global pandemic. A little more than two months into this hide-from-the-virus game, the sacrifices that we all are making, big and small, now have become routine. What would have been considered fantastic in February has turned commonplace this spring.

We social distance. We put on our masks. We stay at home. We don’t eat out. We watch as the whole world gets goofy. And we shrug.

It’s not normal. But it’s so normal now that it’s maddening.

The U.S. House of Representatives held a hearing this week during which its chairman and main witness appeared via streaming video, and just about everyone in the committee room sat 6 feet apart, wearing masks. The U.S. Supreme Court was in session earlier this week — by phone.

Weird, but so what?

Twitter just announced that if its employees want to work from home forevermore … fine. Companies all over America are reconsidering the whole idea of “offices.”

Sweet Tomatoes, for the love of God, is closing. For good. Buffets? Done, probably, forever.

(Mary Jo, Luke, and I ate probably 100 meals at Sweet Tomatoes when the boy was growing up. Every time Mary Jo’s folks would come to town, we’d take them there. ((Older folks like nothing better than a good buffet.)) Sweet Tomatoes had solid salads that you couldn’t screw up, awesome soups — the chicken noodle had thick, meaty noodles — baked potatoes, fresh bread, pastas, a soft serve bar, the best chocolate chip cookies around … man, that place could fill you up. We stopped going years ago — buffet burnout — but it was a go-to for many, many good meals over the years. Damn virus.)

The point is, the weird now is so ho-hum that we’re all, increasingly, getting tired of it. We’re way past ready to be done with this. We are ready to get back to the real normal. Normal-like, even. Normal-adjacent would do.

But that’s the precise danger that public health officials warn us about. In this agonizing desire to reach normal-ish, they say, in a rush to return to semi-regularity, we could screw up everything we’ve done in the past two months, spark another outbreak of the virus, and re-set the calendar to March. More sickness. More death. More toilet paper shortages, more layoffs, more fights over masks, and more politicians — always, the politicians — pointing fingers.

We — and by we, I mean everybody — are wedged in this weird now-normal, squeezed between those who worry about breaking out of it too soon and a few loud Libertarian-likes who are clamoring for a reopening of everything this instant. Screw the virus! they say. What about my rights?

In defense of my continued self-wallowing, this is golf with my brothers, whom I see only once a year. It is, or would have been, a much-needed mental break. This year, it would have been nothing short of a godsend.

Instead, on Thursday, when I should be gassing up the Honda and filling my half-gallon cup of Coke Zero to the brim, I’ll be sheltering at home, as I have been for the past 87 Thursdays, doing the same thing I’ll probably be doing for the next 87.

As much as I might hate it, that’s undoubtedly the smart call. Stay home. Stay down. Stay safe. Ride it out.

As much as I might hate it, as weird as it is, that’s as normal as it’s going to get for awhile.