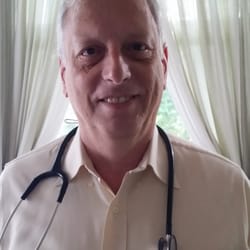 In the five or six or seven years that my friend Lloyd and I played basketball together, we covered each other, by my ultra-conservative count, 500 times. At least once on each day we played, which was usually twice a week, most weeks of the year. Inside, outside, on the blacktop courts at the middle school down the street, at the nice indoor courts at Lifetime, at our regular games in the church gym and on the courts in his neighborhood. At 8 a.m. on cold Sundays, with the rising sun blinding us as it cleared the trees, and at 8:30 on rainy Wednesday nights, occasionally dodging the puddles on the sidelines in that leaky gym in back of the Baptist church.

Some days, we’d squeeze in five or six games and we’d be checking each other every damn game. Most days were like that. We’d look at each other in the final game of those days and nights, waiting for the ball to be inbounded, physically exhausted and simply tired of looking at each other. One of us was invariably upset that the other had a better night.

We smiled. Slapped hands. Got back at it.

Lloyd was always the oldest guy on the court, and everybody figured I was probably the second-oldest– which, yeah — so when the teams were picked, it was usually him on one team and me on the other. Yes, we played on the same team some times. But, almost always, the days and nights started with him in white and me in dark.

And that was OK. We both had something to prove. To each other and to the young guys. So we went at it.

I’d drive to the hoop, given a chance — and, yes, “drive” is a relative term here; perhaps “rumble” or “sputter” or “unathletically move in a certain direction with obvious difficulty” would be better — and he’d be there, bumping me off my line, forcing me to pass. I’d fake a 3, and he’d sometimes bite, and I’d drive — OK, already; I’d dribble in a particularly achy-looking manner — and throw up a layin. Which, occasionally, would actually fall in.

He’d take an always-infuriating fallaway “jump shot” on the baseline, always from the right side, releasing the ball from somewhere near the base of his neck. (For all of us, jump shots are nothing if not forever in quotation marks.) Lloyd’s “jumper” would invariably strike the front of the rim and, too often invariably, crawl over, slinking through the net without an ounce of guilt. Never ceased to piss me off.

Lloyd could post me up, too, given that he probably had 40 pounds on me. Still, I like to think I held my own defensively. I do think that. Whether I’m right or not doesn’t really matter. Lloyd knew I was game. When I was recovering from my surgery in the winter of ’16, the guys sent me some restaurant gift certificates and a balloon with some well-wishes scribbled on it.

“Get well soon. I miss wearing you like a suit. — Lloyd”

Just home from the hospital, barely able to stand, I laughed. It hurt my chest. When I told Lloyd that a couple months later back on the court, he laughed, too. He was happy he made me laugh, even if it hurt.

I’m not ashamed to admit that Lloyd, too, was more aggressive than me. I can admit that, though, only because no one was more aggressive than Lloyd. If there was a loose ball on the floor, Lloyd was on the floor. (I would look at the ball wandering freely and my mind would say, “You oughta get down there and pick that up,” and my body would answer, “Like Hell you should,” and as this painfully passive debate played out, Lloyd would be sliding on the hardwood, wrestling with some dude half his age.)

In our games, nobody had more skinned knees and busted lips and black eyes and bloody noses than Lloyd.

For a couple of older guys — older, not old — who faced each other so much, Lloyd and I got along maybe surprisingly well. But everybody liked Lloyd. One, he was the oldest guy out there and still was playing. That earned him a lot of respect. Two, he was competitive. Three, he wasn’t, in basketball terms, a jerkwad. He didn’t argue too much. He called some ticky-tack fouls, yes, but nothing terribly egregious.

In the few minutes of rest we’d grab between games, or in the warmups before (when he’d practice that confounded line-drive baseline BS), we’d talk. About Lloyd’s record collection. His work as a pediatrician. His kids. His time growing up in New York.

Mostly, though, we played, all of us, enjoying the camaraderie and the competition and the chance to set aside, for a couple of hours, the responsibilities and demands of our everyday lives. I don’t know about Lloyd but I suspect that he, like me, reveled in the fact that his body still worked, that he still could hang with guys half his age and, once in a while, put in a game-winner.

Lloyd definitely hit some of those on me. That damn turnaround line-drive from the baseline killed me. And, yes, dammit, I got him back once in a while.

A few weeks ago — maybe six, maybe eight? — I “drove” to the rim at the church gym on Wednesday night and Lloyd predictably knocked me off my line. I was near-falling, or near-travelling at least, but instead of passing, I concentrated on the backboard, pushed up a shot off the glass and watched as it banked in to win the game.

The guys whooped. It was a legitimate, if admittedly a little lucky, shot after contact. If it was a real game, I would have at least been going to the line. But it went in. We won. I got a couple congratulatory shoves, a couple high-fives.

I looked over at Lloyd, sitting exhaustedly on the floor, his back against the padded wall. He had given me a good-enough pop at the end, trying to throw me off my line, that he had bounced off me and ended up under the backboard as my shot went in.

He sat there and looked at me wordlessly, a half-smile on his face. His wordlessness said this: “You lucky shit.”

Two Saturdays ago, I sent out an email to get a headcount for our Sunday morning game at a gym in Roswell — that would’ve been Feb. 18th — and Lloyd, surprisingly, said he couldn’t make it.

We played without him that Sunday morning. I don’t remember how it went. I limped around much of the day afterward and, that night, I got an email from another basketball-playing friend — Good Gary, who lives in Lloyd’s neighborhood — asking me to call him.

Brooklyn-born Lloyd Offsey — pediatrician, father, husband, New York sports fan, record-collector and hoops player — died that Sunday, four days after his last game, evidently seizing up while out on a walk with his wife. Paramedics rushed him to a nearby hospital but couldn’t revive him. He was 64 years old

The next day, I put on a suit and a tie for the first time in a long, long time. Seven of Lloyd’s basketball-playing buddies — Jonesie and Boze and Jamie and Blake and me and Cleve and even Chris, not three weeks removed from back surgery — showed up at the cemetery. I’ve been to three funerals in my life. One was as a kid, when I had to carry a cross for someone I didn’t know. One was for my good friend Jon, who died 10 years ago of a heart attack at 39 with a wife and three kids. And now Lloyd.

His wife greeted us before the service, shook my hand and told us how much Lloyd loved playing basketball with us. His son, in prepared remarks delivered graveside, told everybody how Lloyd — this was hard to hear — considered his basketball-playing buddies as family.

Emails flowed in from the regulars and the semi-regulars and those who hadn’t played in years. Incredulous. Devastated. Incredibly saddened.

We played two days later at the church gym, then raised a few beers to Lloyd afterward, sitting on stools around a high table in sweat-soaked shorts and shirts at a nearby Irish pub.

I don’t remember who I covered that night, or who covered me. But it doesn’t matter.