I like to think that I’m not cheap. Or not that cheap, anyway.

I’m not the guy that taps my pockets when the bill comes. I don’t throw down $10 when, you know, my share is probably closer to $15. I don’t break out the calculator to make sure the bill is divided correctly.

But, yes, when I’m in a restaurant, I always look at the right side of the menu first (or the right side of that big board behind the counter). When I’m at the grocery store, I strain to see the price underneath the box of cereal. (I took a picture once ’cause I couldn’t see it. Blew it up on my phone.) I squint at tags on clothes.

Is that being cheap?

I mean, I’ll buy things that are overpriced. When I go to a fast food joint — I like fast food joints — I’ll spring for a Coke Zero. But you’d better believe I’m filling that thing up four times before I leave. And one more time as I leave. Heck, I’ll spill a little before I fill it up just for the principle. That’s the only way I can justify paying that much for a damn soda.

(An aside before even starting: When Mary Jo and I were looking for places to hold our wedding reception years ago, we were talking over prices with a food service guy who told us that every fountain Coke they sold costs them something like $.03 cents. They, obviously, charged us a lot more than that. Things have gone up a little in those years — OK, decades — but evidently not that much. These places absolutely clean up on sodas. That’s why they offer free refills now. And that’s why, if I order a soda, I never, ever drink just one. I had lunch with a buddy of mine the other day, and they brought my Zero in one of those 32-ounce plastic buckets, and I had that waitress fill it up, like, six times. Maybe seven. Cheap or spiteful?)

(So, I had to stop on the way home to avoid a little continence emergency. So?)

Anyhoo, as Brother Bob says, I look at prices. And I make my choices.

This, being a blog, is a list. And remember, blog readers, a list is just a column without transitions.

Things that are worth your money

Redbox
You can pay $10, minimum, a person, to go out to a movie. You can pay $6 or so, minimum, to stream one off of Amazon or Hulu or someplace.

Redbox may be the best deal going in entertainment. And the Box makes things so easy. You order from their app, which is a breeze, figure out where you’re going to pick it up (they have lots of choices), pay for it online, drop it off anywhere there’s a Box (honestly, everywhere) … the whole process, really, is beautifully painless. You don’t have to worry about the stream hanging up. It’s good quality (you can up your DVD to Blu-Ray for an extra 50 cents). They offer all sorts of coupons, too. We’ve probably scored dozens of free movies at the Box.

Maybe the best part, besides the price and the utter ease of the transaction, is that even if it’s a bad, bad movie — we rented this one, and it was a bad, bad Coen brothers ripoff — you’re only out a couple bucks. And you don’t have to pay $5.50 for a tub of popcorn. Don’t get me started on how much movie theaters make for that.

(Aside II: Some movie theaters are offering free refills for their drinks now, which just goes to show you that they’ve been ripping us off all these years. The idea, evidently, is that they’d rather give away two or three free refills than not have you buy a soda at all.) 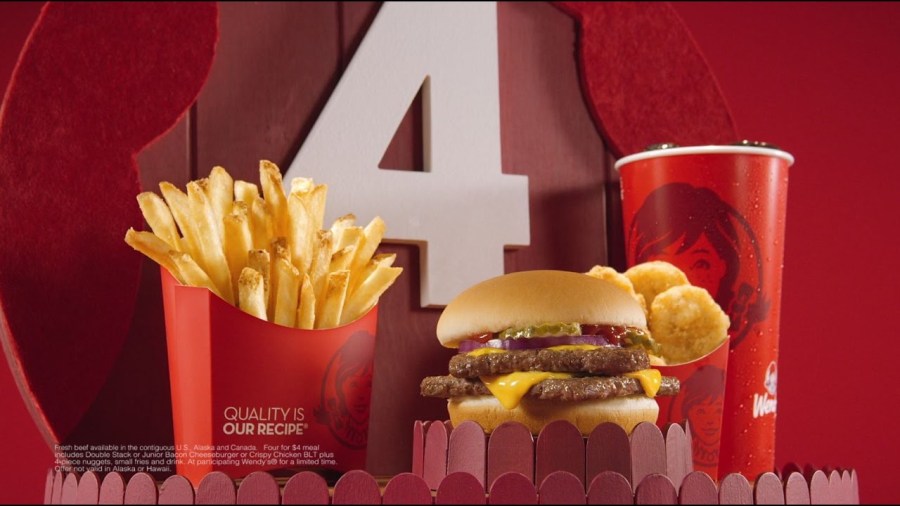 A Wendy’s national treasure. A fresh double-burger, even if the beef is probably not of the highest quality (although, certainly, it is beef … I’m pretty sure). Four chicken nuggets, or facsimiles of passing quality. Your choice of dipping sauce. A good-sized side of fries, plenty to quench that deep-fat craving but not enough to make you hate yourself for too long afterward. (Unlike Five Guys … oof.) A small soda (which, when refilled seven times, becomes a rather large soda).

(Aside III: My soda gambit, it goes without saying, only works when you eat in. So eat in.)

All for $4 plus tax. I would suggest that you could not eat that meal at home for anywhere close to that price. I also would suggest not overdoing the 4 for $4s.

Ohhhh, they’re boring. If you were to design the absolute most-square midsize sedan in the world, the one a suburban Dad would most likely squeeze his over-wide butt into, it would be the Honda Accord. Safe, reliable, well-made, so comfortably roomy you can sleep in it, the Accord is like a good old pair of boxer shorts.

I hate myself for owning one. I swear, my next car is going to be something else.

The thing is, I said that before my current Accord, a black 2008 job that’s creeping up toward 90,000 miles. And I had an Accord before that. (A ’90s-green Civic hatchback was in there somewhere, too.)

But how can you turn down something so — solid — at that price? A 2018 4-cylinder (a 4 gets better gas mileage … whoa, that sounds cheap), with all that room and all that reliability and, certainly, more doo-dads than my ’08, goes now for somewhere around $24,000 these days.

Find me a more reliable, just-as well-made car and I’ll buy it. Please. 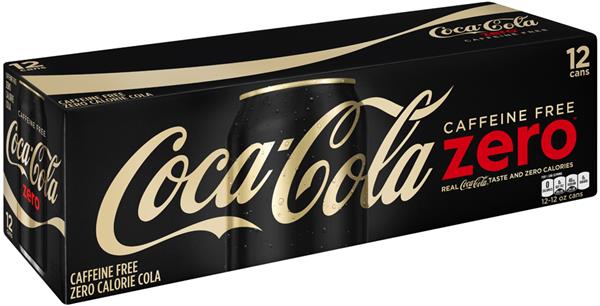 I have a rule, because I’m, um, thrifty, that I won’t spend too much on Cokes.

The rule goes at home, too, where I drink, in moderation, of course, 12-ounce cans of my Coke of choice (Zero, Caffeine Free if I can get them). The 2-liter bottles lose their fizz before I can get to them, so cans it is.

The regular price of a 12-pack of cans at my local Kroger is somewhere around $4.99 a half-rack, as my brother Bob would say. Now, here in Atlanta, the home of Coca-Cola — I’m not sure this is true anywhere else — nobody ever pays that. Nobody smart ever pays that.

You have to understand math to sniff out what’s worth what.

(If you’re really cheap, and don’t want to spring for a Costco membership, just walk into the line to return things and wind you way around the counter. Nobody stops you. I’ve done the same thing at Sam’s. $1.50 lunch. Come on!)

I didn’t spring for the Costco TV. Can’t throw away the 10-year-old plasma set I have.

I mean, it still works. What am I going to do, chuck a perfectly good TV in the trash? Come on.

Plus, no way that 55-incher would’ve fit into the back of my Accord.