About six years ago, I made the decision to give up a pretty sweet job, writing about Major League Baseball for a well-known national site, to — well, to do something that didn’t involve writing at all. I jumped to another well-known national site, settled into my brand new Herman Miller Aeron chair in my cozy cubicle in downtown Atlanta and went behind the scenes. Managing writers, assigning stories, planning when they should run, editing them, slapping out a headline or a few, cutting photos and planning some more. Not writing. At all.

The decision to switch to something on the other side of the desk wasn’t some well-considered grand scheme of mine. It was mostly unexpected. It happened pretty quickly. Maybe I’ll get into the reasons in a post some day.

But this is about six years without writing. In those six years out, I learned a few things about writing — sports writing in particular — sitting in my ergonomically outstanding Aeron chair. A couple of thoughts:

The Internet, if you hadn’t heard, has basically killed off newspapers and thrown the whole media industry into a decades long froth. It’s beaten up the notion of “journalism” as we know it. But for all the noise, the Internet has done one thing exceedingly well: It’s scared the crap out of the old media. And that’s good.

“Real” reporters, “real” writers, “real” “journalists” can’t get by with shoddy reporting or half-formed opinions any more. And they used to, ALL THE TIME. But the Web is filled with critics — loud, snarky, obnoxious, sometimes funny, relentless critics — who live to tear apart that stuff.

In sports media, the late, great blog Fire Joe Morgan was a trendsetter in shaking up the old-guard media. FJM — if you don’t know it, click on that link — would absolutely skewer any scribe or broadcaster that didn’t know his stuff. By 2007 or 2008, full-bore into writing MLB almost every day, I probably never filed a piece when I didn’t think  “What would Ken Tremendous say about this?”

And, really, I was OK with that, because Tremendous and the rest of the guys at FJM were simply holding us all accountable. They weren’t going to let any reporter or writer or nonsense-spewing talking head (their whole reason for being was to get Morgan off the airwaves) get away with something that wasn’t as informed, as smart or as well done as that blog was.

In the past six years, even without FJM, things have only turned more difficult for those still trying to skate by the old way. Every team has a blog. Every voice has a way to be heard. Everybody, truly, is a critic.

So if a writer files something these days, it has to be right. It has to be deeply thought through. It can’t rely on simple conventional wisdom. It has to be proven. If it’s an opinion, it had better be backed up with something more than “it’s my opinion.”

Otherwise, someone, somewhere, will pounce.

It can get pretty ugly at times. Mean. Commenters, especially the anonymous ones, can be petty and brutal and unforgiving. But if today’s writers do their jobs, if what they do is well-researched, well-reported, well-written and thought out — which is, you know, kind of their job — well, that’s just better for everyone. 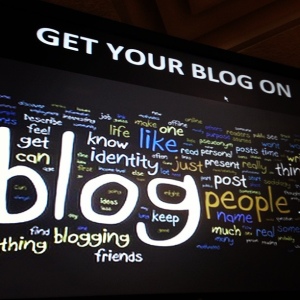 Blogs are a big part of the business now. And like newspapers, like TV shows, like magazines and ex-girlfriends, there are good ones and bad ones. In fact, there are even different definitions of what a true blog is. Which, I guess, is both the charm and the curse of the blog. The rules, if there are any, are kind of sketchy. That’s kind of putting it nicely.

But I hate it when a blog steals others’ work. In some definitions, that’s what a blog is (or, in even more broad definitions, what it should be). These blogs snag huge sections of material from a post or an article on another site, drop a small link to the original in there, maybe lay a lame line or two of comment after it and — boom! — they’ve got themselves a post. Some content.

And I get it. That’s the Internet these days. Everybody steals everything. As long as you credit it, even in some tiny manner, that’s fine. That’s cool.

I mean, I really do get it. It’s one thing if a story’s breaking, you want to get the news out quickly, so you slap together a quick blog post, crediting the tweet or the post that broke the news. You’re informing your readers. All’s good. That part … fine. Sketchy, of course. But … fine.

I just don’t like seeing entire sections pulled from a feature article (over there) made into the guts of a blog post (over here). Even credited. Even commented on. It’s not right. It’s lazy.

Do your own damn work. Make a call. Crunch some numbers. Interview. Research.

Certainly, exceptions are allowed. (Remember, no rules!) Say, if an original story is so good that it just needs pointing out. If it’s led to a larger discussion that screams for more comments. If it sparks an idea for another take. Fine. Just go easy on how much of the original is being co-opted. Please.

(Non-sports example: This self-help piece first appeared here. About 750,000 views. It got on Forbes. About 10 million views.)

I remember, at the NBA All-Star Game a couple years ago, TNT’s Reggie Miller credited Bleacher Report for a big piece on Michael Jordan. Except, of course, that Wright Thompson snagged the exclusive interview for ESPN. Now, to be fair, Bleacher Report did everything by the rules (whatever rules there are) in crediting ESPN. Miller just didn’t realize it — like many readers don’t.

The takeaways: If other’s works are used, link liberally. Credit the source inside and outside of links. Easy on the cut and paste. And make sure you do your own damn work once in a while.

Over the past couple of years, the old takeout story — now called “longform” — has been on a roll. So much so that the patron saint of sports journalism longform, Sports Illustrated, recently has taken to re-running some of its best magazine articles online with the tagline, “Longform Since 1954.”

Love it. I have had a printout of this classic Gary Smith piece in SI at or near my desk for a long, long time. Lots of people and places — SI still, ESPN (as with Thompson’s Jordan piece above), good buddy Joe Posnanski, now over at NBC Sports, SBNation (a blog joint, of all places!), Yahoo! — all have done a ton of good work in longform.

But, yeah, there’s lots of bad out there, too. No need to point them out.

Well, there was this.

But I do want to point out something about longform that should be obvious to anyone in the business. It doesn’t have to be long. Too many writers and editors figure if you get the word count up around 3,000 or 5,000 or 10,000, it’s longform.

They just don’t get this simple truth: It’s not the word count, fellas. It’s the words.

Smith wrote some long, long pieces. But they never read that way. When he retired a couple years back, SI polled many of its writers to tell Smith stories. Rick Reilly is a close friend of Smith’s, and here are some of his comments from that piece:

Read [Smith] and be rewarded with all the detail. With that kind of inexhaustible reporting, he doesn’t need quotes. He can show you.

Read it and notice how luxuriously he treats you. The blocks of writing are short, the narration is constantly broken up, the time shifted, the scenes changed, the pace furious.

Read it and tell me if you can find a single sentence that doesn’t absolutely have to be there. … the thing that matters to [Smith] the most — and is the most exhausting — is ridding his pieces of every sentence that isn’t essential, no matter how tenderly he loved it. That’s why it takes him two months to finish most of his pieces.

I don’t know if this longform love affair is going to last. I suspect some places are going to quietly put less emphasis on it as time goes by. Numbers show that, as good as it may be, as well as it may be presented (this New York Times piece from 2012 was revelatory in its layout and use of multimedia — and it’s a dang good read), longform online just doesn’t get people to click. Short attention spans, small screens … whatever. It just hasn’t resonated like the old back-of-the-magazine pieces.

Still, I hope it sticks around. And that more writers don’t get long confused with longform.