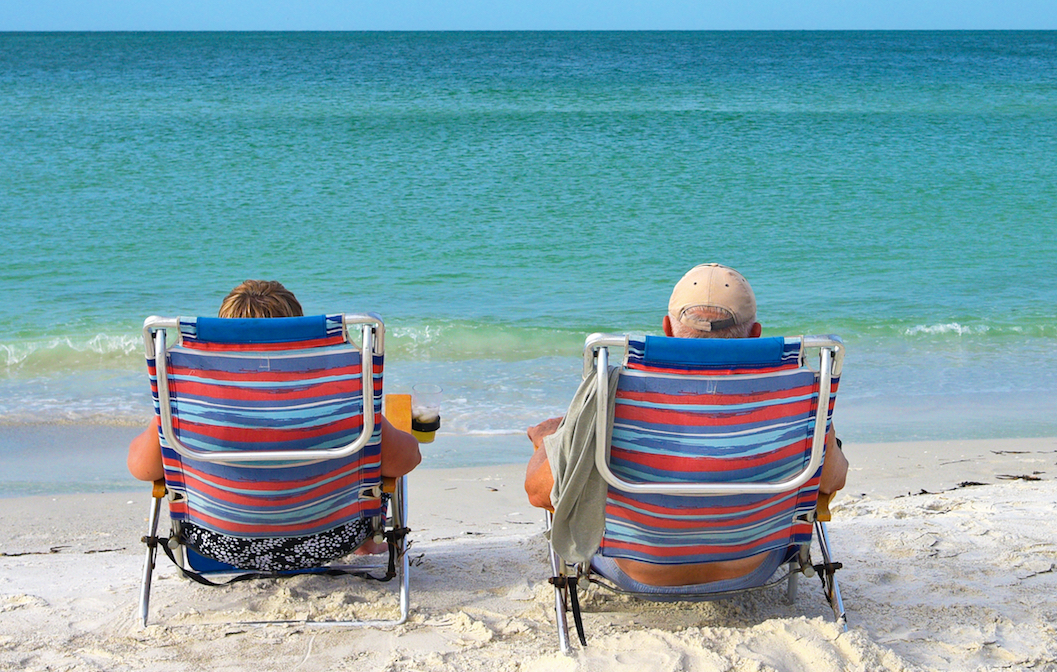 Retirement always has been some sort of faraway concept to me, a fuzzy dream that may or may not contain beaches, golf, exotic vacations, lounging around in various stages of undress with your still-hot, always smiling spouse, and lots of time to volunteer, to read and to work on projects that you never really found the time to do.

And, best of all: little or no worries.

That’s how it’s supposed to be, right? From the time you get your first full-time jay-oh-bee and The Man urges you to slap a good percentage of your hard-earned dough into a “retirement plan,” everything points toward the pot at the end of the rainbow, right?

Of course, it doesn’t work out that way for everybody. Not every time. Not in this America. Too many people roll into their “golden years” painfully unprepared, ending up A) finally getting there, but living a lot less grander than they dreamed of, or B) not getting there at all, instead working until that guy with the scythe and the dark hoodie shows up while they’re getting ready for another soul-sucking commute into the office some Monday morning.

((There are, I know, those who churn away merrily at their jobs, too, until the faceless one appears, either because they’re truly happy in what they do — and good for them — or because they don’t know what they’d do without their careers. I understand. I’ve been content and confused a lot. Often at the same time.))

The luckiest among us — and I certainly hope to be among them at some point in the next few to 20 years — roll into the next phase as prepared as they can be (though, really, who ever can be 100 percent prepared?) and open to all that gold we’ve been promised since we began our slog through adulthood.

Retirement, however it may end up, isn’t as nebulous an idea once you cross 50. It’s still a long ways off for many, of course. Tuition has to be paid, nest eggs built or replenished. The goalposts seemingly keep moving. Heck, some people can’t even figure out where to live.

But the prospect of retirement, once you cross the big 5-0, is right there. You start paying attention to those 401k statements a bit more. You linger on the stock market news a little longer. Retirement planners start crawling out from under the molding. AARP won’t stop putting crap in your mailbox. You start wondering about housing prices, and tax ramifications, and wills.

If things fall right, if you’ve planned as well as you can and you actually want to jump off the 9-to-5 treadmill, retirement finally starts to become less “if” and more “when.” You still have to work out the “how” of things. And, if you ever cross that finish line, there’s the “Now What?” too. That trips up a lot of people, too, I hear.

But that’s the charm of the great unknown. That’s the thrill. It’s like that first step into adulthood. Or that first real job. Like it was when you were young and full of life and fresh dreams, when the whole world held such promise.

Nobody knows how it’s going to go. Things change. Life happens. Even in retirement.

How can you not want that, as scary as it may sound?